I sat next to Brooke Shields for 4 hours and had no clue who she was! 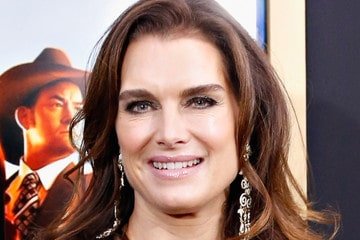 And that is a True Story back when I was working for BA!

Sometime back in 2000 I was traveling on a standby ticket from London to Cairo on British Airways 154 and the only available seat on the plane was in first class.

The CSD (Cabin Services Director) was not leaving me behind, and since I was well dressed (BA’s requirements) I was offered that seat, I think it was the last row in the middle of the FC cabin something like 4C.
Right after the divider in 4D there was this lady (Who looked a bit familiar, but I had absolutely no idea who she was yet!) traveling with a friend of hers who was across the aisle on the other side, like in 4F, so I asked them if they would want to swap seats with me so that they can sit closer to each other and they did not take me up on that offer since it was a short flight anyway.

We have had the occasional plane talk: where did you fly in from? Have you been to Egypt before? And have a good flight! Then we got or headphones and started to watch the in-flight Entertainment.

So for the next 4 hours, I wa being really pampered by my crew colleagues who would keep giving me stuff, and of course, stop by for banter/laughter when time permits, I was the one treated as a celebrity on that flight 🙂
I could see that those 2 ladies were well looked-after but I did not bother to ask, back in the day we were used to delivering excellent services to everyone!

Just after landing as the First class passengers were disembarking I saw Egyptian officials from the ministry of tourism welcoming the 2 ladies and giving them a brief of their “official” engagements in the country, as I am watching, my Egyptian colleague who was working on the same plane asked me if I had obtained an autograph!

It’s right there and then when I asked whose Autograph and he answered: “Brooke Shields, you FOOL!”
OMG! That’s why she looked familiar 🙂 silly me! I was even watching “Suddenly Susan” and did not ring a bell.

Now tell me (in the comments) what’s the funniest thing that happened to you whilst traveling?